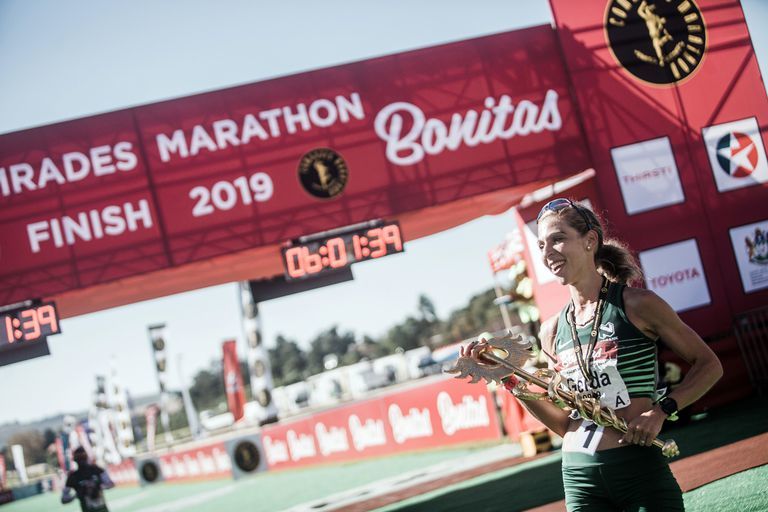 Gerda Steyn became the first woman to break six hours in the up-run race, knocking more than 10 minutes off the previous mark.

South African ultrarunner Gerda Steyn had a record-breaking day at the 2019 Comrades Marathon on Sunday.

The 29-year-old broke the women’s up-run record—the race swaps the direction of the course each year, between the up-run, which has more uphill, and the down-run, which has more downhills—by more than 10 minutes when she finished in 5:58:53. This made her the first women ever to break the six-hour mark in the up-run at the 90K (55 mile) in South Africa, according to The Independent. Her effort was good for 17th overall.

“This year, I sort of didn’t plan and decided to go with my ability, and over the first half, I tried to take it in,” Steyn told The Independent. “When I got to halfway, I was looking at my watch, and I knew I was on a course record, so I knew my race would start now. I gave it my all, and I left it all on the road.”

In addition, Steyn also became the first woman since 1989 to win the Comrades and Two Oceans Marathon—another popular South African race—titles in the same year, The Independent reported.

The day was also eventful in the men’s race, with Edward Mothibi winning his first title, spoiling the four-peat for defending champion Bongmusa Mthembu. Mothibi finished with a time of 5:31:33.