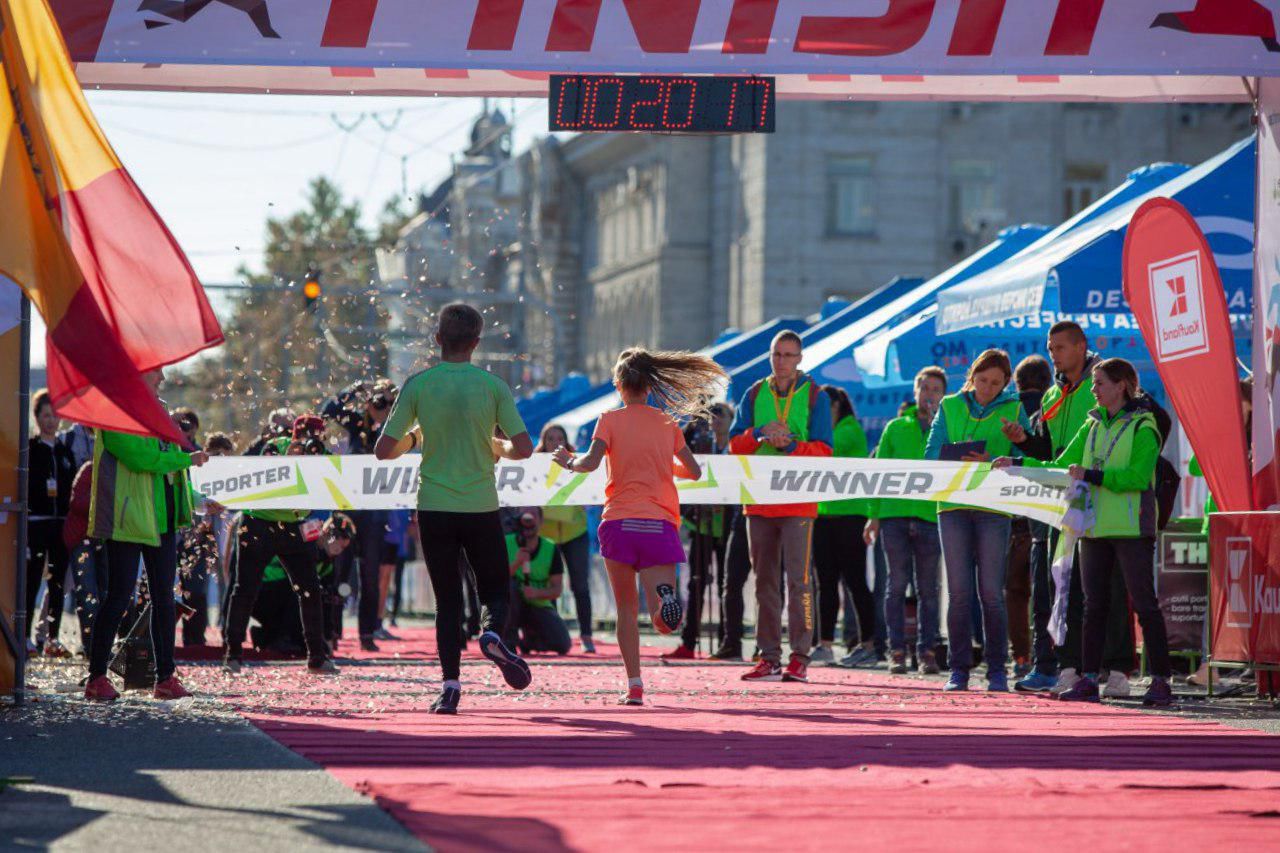 The Fourth Chisinau International Marathon, which took place yesterday, September 30th, became the largest running competition in the sports history of Moldova. 18,000 people from more than 50 countries participated in the races. All the winners received well-deserved awards, gifts from partners and prize money. Yesterday you could see on pedestals the "Absolute" category winners, and already today all participants’ results came to be known. You can get acquainted with them on the my5.raceresult.com website.

This year the event reached a new level, not only because of participants record number: for the first time, wheelchair athletes took part in the Chisinau Marathon, and they showed incredible results.

In addition, there have been set new track records. So, Benjamin Kiprop Serem, a runner from Kenya, covered the distance of 42 km in 2 hours 16 minutes 38 seconds. This result was the best in the Chisinau Marathon history.

Raileanu Maxim, who won the first place in the 21-km distance, also broke the previous record of the half-marathon distance at Chisinau Marathon. He managed to run 21 km in 1:06:12.

The Ukrainian participant, Karmanenko Katerina, set a record in the 21 km distance among women. She ran the half marathon in 1:20:43.

In case you have any questions concerning race results, please contact Sporter managers: