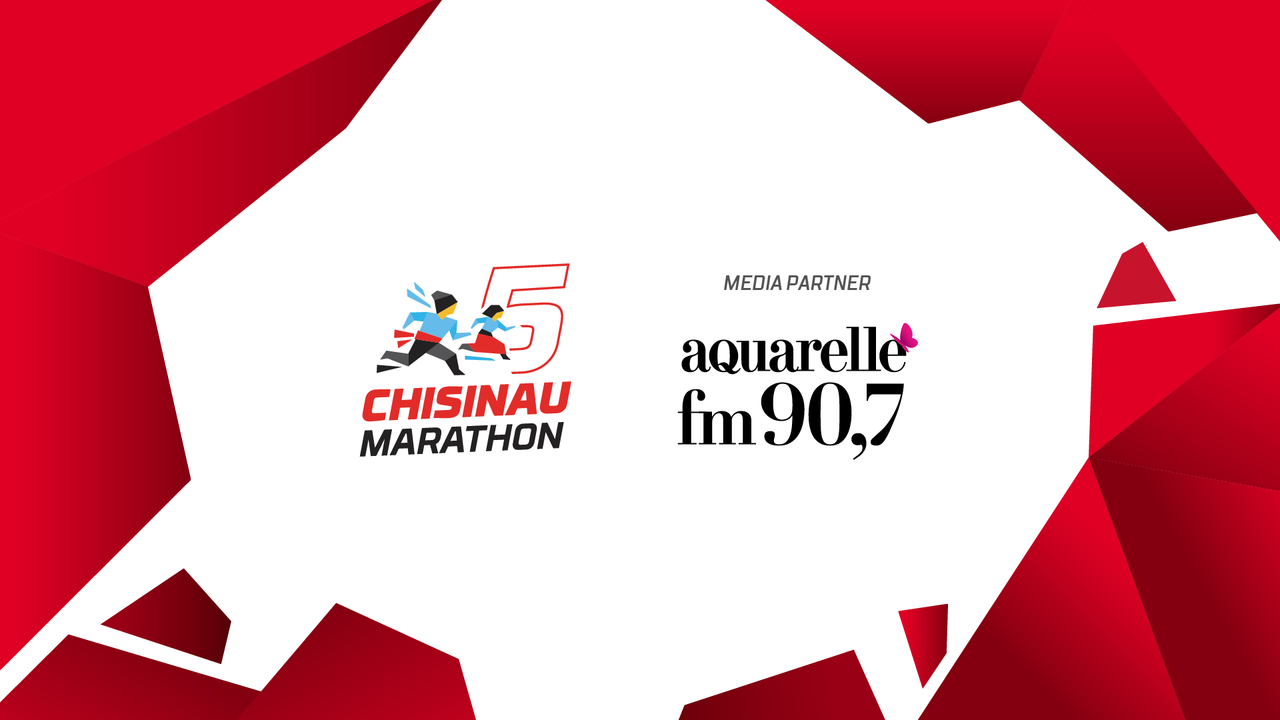 Aquarelle FM radio station has become a media partner of the most large-scale running event in the country: the fifth Chisinau International Marathon, which will be held on September 29, in the Great National Assembly Square.

Aquarelle FM is the radio station for people who love listening to all kinds of music: from the most popular songs of the 80's and 90's till the most modern hits. Before getting on the air, the songs have to go through a test, so the audience may listen to the best music.

The Aquarelle FM audience is the most charming and attractive: both women and men. The radio broadcasts on 90.7 FM wave in Chisinau and 70 km away from it.

Enjoy listening to your favorite songs and feel the romantic atmosphere created by Aquarelle FM. Be positive and come to the Great National Assembly Square to give a “high-five” to the fifth Chisinau International Marathon on September 29!

As a reminder, the fifth Chisinau International Marathon will be held on 29 September 2019. On Saturday, 28 September, as part of Chisinau Marathon, a race for the young athletes, KIDS RUN DAY by Naturalis, will also be organized. People who do not wish to compete may participate in the entertaining family race, Fun Run by Iute Credit, and run 1.5 km on the main streets of Chisinau.

To register and learn more about this event, please visit the official website marathon.md.